Overview of the Day

Every year, the F&M soccer team comes together for one day to think exclusively about their future career pathways. It is an exciting day where the F&M soccer staff connects the team with respected business leaders whom impart their wisdom and expertise.  This year our guest list includes Colm Connolly, Aaron Jacobs, Al Ingraham, Brian Fisher, Chris Scott, Jeremy Levine and Scott Malfitano. The schedule includes a mixture of lectures, interviews and interactive group sessions all geared towards getting our players further, faster in the job market.

○ Are you being intentional about what will be on your resume when it is time to get a job?

○ In an interview, will you have things you can say you have done or just ideas that you are going to do?

○ What does your social media say about you right now? It is your current brand.

Sophomores: your first major fork in the road for picking your professional pathway – Chris Scott

○ What is your major?

○ What are your summer plans? Research, Internships etc… the more these efforts align with your future plans, the better

○ Professionally accessing the alumni network: Linkedin, picking up a phone vs email.

○ What have you done to work towards your goals? How are you going to build your brand/experience to get you where you want to be post-college?

○ Verbal: if you were on a elevator with your dream employer, what would you say?

○ Written: Would your resume and cover letter get you an interview?

A 2002 graduate of F&M with a degree in History and Government, Jacobs went to work in the technology consulting field with BearingPoint from 2004 to 2009. He then became a manager at PwC in Philadelphia for the next 9 years of his career, where he was involved in advising. He currently works as an Associate Director at Celegene, a biopharmaceutical company, where he focuses on product data. 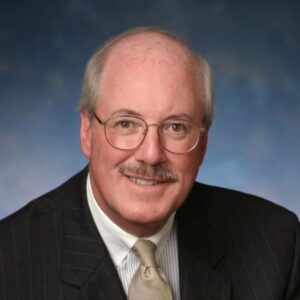 A 1972 graduate of F&M, Ingraham was a two-sport athlete, playing both basketball and soccer during his time at F&M. Ingraham plays a vital role in fundraising for the school athletics programs and facilities, most recently serving as Chairman of the Diplomat Athletic Club Advisory Council. Being heavily involved in real estate in Maryland, Al was formerly a district sales leader for MetLife Home Loans and President of the Maryland Association of Realtors. Currently, he is the CEO of Greater Baltimore Board of Realtors where he manages the day-to-day operations of the 3,200 member organization. 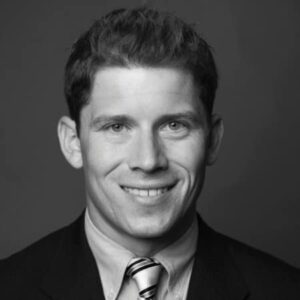 A 2017 graduate of F&M, Levine served as a 2 year captain for men’s soccer while graduating with a degree in Biology. Levine volunteered in Cape Town, South Africa for 6 months following graduation with the Ubuntu Football Trust. In 2018, Levine landed a job as a clinical research assistant for Covance in New Jersey. Covance is a contract research organization, where Levine ensures all clinical trials are in compliance with regulations and monitors and reviews data from these trials. 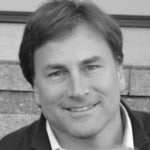 Scott Malfitano is Vice President of Corporation Service Company, which is the nation’s largest compliance, document retrieval, and corporate service companies. He has been responsible for working with the companies that CSC has acquired and helping acclimate them into the CSC business and service culture.  He has recently been charged with the responsibility to build CSC’s Global Headquarters and campus in Wilmington, Delaware. Some of the roles he has played include launching CSC’s Business License and permit compliance business, managing the company’s international division, helping 3,600 County Clerk and Recorder offices become paperless in their recording processes, and more. Malfitano serves on the executive committee and as a member of the board of the Delaware State Chamber of Commerce. He is the Chairman of the Pete du Pont Freedom Award Foundation. He volunteers for several community-based programs in Delaware and earned a B.A. in International Relations and a minor in Political Science from St. Joseph’s University, Philadelphia, PA. in 1984. 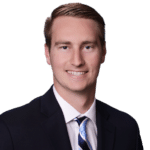 One of the best Centerbacks and captains in F&M history, Chris Scott is a Business Development Associate for Construction Risk Solutions, LLC’s Recruiting Department. Chris is primarily responsible for the construction-specific sourcing, selection and placement of Executive, Risk, Safety, Claims and Human Resource Managers. He works closely with the Recruiting Director in the recruitment process providing placement of qualified candidates to CRS clientele.